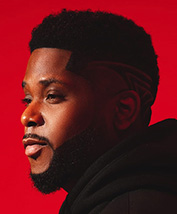 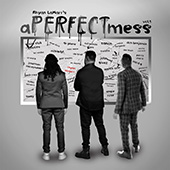 A true renaissance man. That’s what Rhyan LaMarr proves with the release of his debut musical project, aPERFECTmess: A Canal Street Mixtape. The Chicago-based artist taps into his first love of music to tell his life story through (7) tracks bringing together a list of who’s who in the industry. A cross between DJ Khaled-esque curation and Quincy Jones-like craftsmanship, the album unites voices from across genres and regions, including skits from radio personalities Sway and Charlamagne Tha God to tell LaMarr’s story of hope and perseverance. A Perfect Mess holds dual meaning to describe the mashup nature of the music and LaMarr’s personal journey enduring homelessness on his way toward establishing himself as a reputable filmmaker.

Lead single “Stayed Down” enlists 1K Phew, Social Club Misfits, Jack Red, Mico Wave and Chi-Town legend Twista for an epic posse cut. “The Remedy” brings listeners a reflective note with Jonathan Mcreynolds and Jack Red as LaMarr expresses gratitude for the light he found when he was at his darkest point.

Canal Street the film was released in 2019 and was LaMarr’s big break as a producer/director/screenwriter that gave him confidence to continue pursuing his artistry. It allowed him to travel across the country to share his story and build his own entertainment production company Red Guerilla Entertainment with fellow business partner Bishop Eric D. Garnes. After doing projects with late comedian Bernie Mac, Grammy-winning musician Common and Academy Award-winner George Clooney. He’s come a long way from having nothing but a pen and notepad.

LaMarr isn’t reinventing the wheel by combining his love of music and film. He’s following in the footsteps of Kanye West, Pharrell, John Legend and 50 Cent by taking ownership of his craft and putting in his own spin of positivity.
Listen to aPERFECTmess Now Watch Music Videos 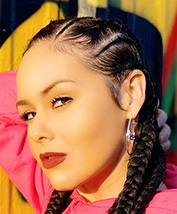 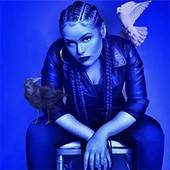 Through it all, when God speaks to you...you listen. And that’s exactly what Bri Smilez did.

Bri’s newest single, “Doves & Crows” is about strength, perseverance and remembering that God is by your side no matter what is waiting for you at the crossroads.

The song is beautifully intertwined with captivating lyrics, melodic sound and all that is Bri Smilez. If you’re looking for a song that’ll remind you to keep giving your all, then “Doves & Crows” is exactly what you need to listen to. Just like God inspired Bri, he’ll do the same for you!

“In today’s culture we have widened the road to heaven and silenced the voice of conviction. You can be as politically correct as you want to be but there is only one way to heaven and He goes by the name of Jesus Christ. The world is not our permanent residence, there is indeed an afterlife that awaits us all. Doves and Crows is a harmonious declaration that challenges the spirit of a man to question where he will ultimately lie in eternity.” - Bri Smilez

Watch “Dove & Crows” featuring Mod G below and stay tuned for what Bri has coming up next!
Listen to Doves & Crows Now Watch Music Video
SUBSCRIBE
Sign up to receive news and updates.
We respect your privacy.