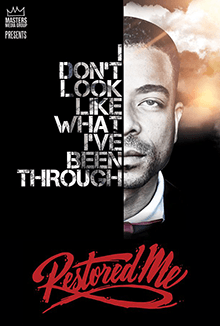 Restored Me is a comedic drama that explores the tested faith of wrongfully convicted, now ex-con Julio Velasquez.

After his release from prison, he finds a second chance by joining the colorful crew of an old movie theater. Just when he thinks his life is getting back on track, he learns that the theater is not what it seems.
Watch the Trailer Watch the Film 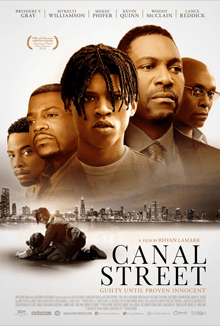 A modern-day thriller telling the story of teen, Kholi Styles, trying to get by in an unwelcoming new world. After the mysterious death of a classmate, all eyes fall on Kholi.

It’s up to his father, an up-and-coming lawyer from the slums of Chicago, to defend his son in court and battle an outraged public before time runs out.
Watch the Trailer Watch the Film 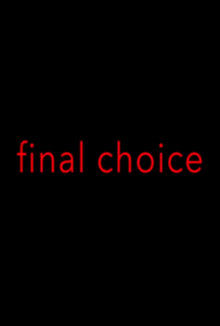 In the summer of 2014, Allison Miller stood trial for the murder of her husband. Those expecting a routine trial found themselves debating their own perceptions of reality in light of the inexplicable and otherworldly events defining the case.

You Decide puts God on the stand, and what starts off as a case about a horrific murder becomes a trial of faith with the world as the stage.

Two teenagers living in the suburbs of Chicago wake up to find some unspecified event has caused zombies and a whole host of other B-movie style monsters to run amok. Armed with two squirt guns full of holy water, they must survive 55 deadly levels of Zombies!

Based on LucasArts' video game for Super Nintendo and Sega Genesis.

Opposing coffee crews, corporate vs. local, battle to prove who the true coffee champion is, but soon come to realize they must work together to save the industry.

Five friends struggling to succeed during the dawn of social media put their talents together to become viral stars and wind up influencing an entire generation.

When convicted offender Albert Viseric is released after serving an eleven-year prison sentence, those he wronged begin to turn up dead. Naturally, he's the prime suspect. Now he must redeem himself by saving their lives and tracking down the real killer.

A young man on the verge of adulthood helps old folks who've seen it all when he takes a job at Morning Light Senior Living. Senior Moments is a dramatic comedy that peeks into the lives of two generations as fate unites them under one roof.

When a new arcade overtakes football as a small town high school’s favorite pastime, a jock must master video games and become a dork to win back his identity as the most popular kid in school.

A transgender woman and a transgender man maneuver through an unwelcoming new world while co-parenting their twin baby boy and girl.

A crew of misfits growing up in east LA stumble upon a new form of technology that enables them to outsmart the cops and influence a nation through hydraulics and lowriders.

A crooked lawyer must defend random strangers in the afterlife who are forced to stand trial and justify their lifelong fears. If they “win,” they advance to the next phase of existence, and if they lose? In that case, they’re sent to Hell to relive the last day of their life for eternity.

The Haunting of Sean Bell

This one-hour limited crime drama series focuses on the killing of Sean Bell and the aftermath. This fascinating series offers a raw and unrelenting examination of this shooting through the lens of all parties involved, including the police, Sean’s fiancée, grieving friends and family, Detective Gescard Isnora, and finally, a look into the escalating tension between the city and community leaders embroiled in the case.

A team of artist from Miami are given larger than life illustrative assignments ranging from the paint and customization of a private jet to a last minute segment at NBA All-Star weekend.

Three hosts from very different backgrounds interview high-end celebrities, entertainers, and athletes about their love of shoe wear, while revealing the true fabric and identity of these fashionable creations.

Behind The Shoe is dedicated to highlighting society’s love of footwear and the global cult following of certain shoes. 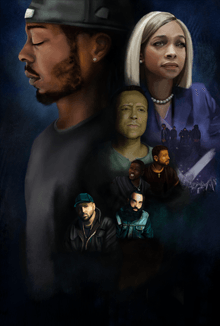 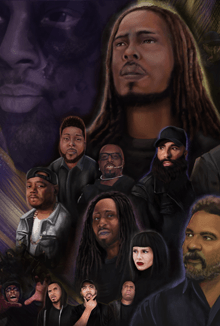 A group of misfits are chosen during the end times to bring light to a fallen world through music.